Andalusia and the Flamenco

Certain types of music and dance become associated with countries. Spain is no exception as one’s mind immediately hears the guitarist and sees the brightly dressed female dancer, her feet pounding a staccato beat and fingers clicking castanets. It’s the flamenco. But what exactly is the flamenco?

The flamenco as we know it has only been around in the current form for a couple of centuries, and we might not easily recognize its earliest forms. The word ” flamenco” itself is of unsure origins – everything from a name for the people of Flanders, an expression of feeling ill, to being flame-colored ( hence the Flamingo bird). Some suggest it comes from the phrase for “expelled peasant” which has some credibility as the dance has its origins in a blend of dances performed by the early Andalusian peasants of Islamic faith , the Roma, and early Jewish immigrants: all groups avoiding religious persecution. But flamenco is more than dance. 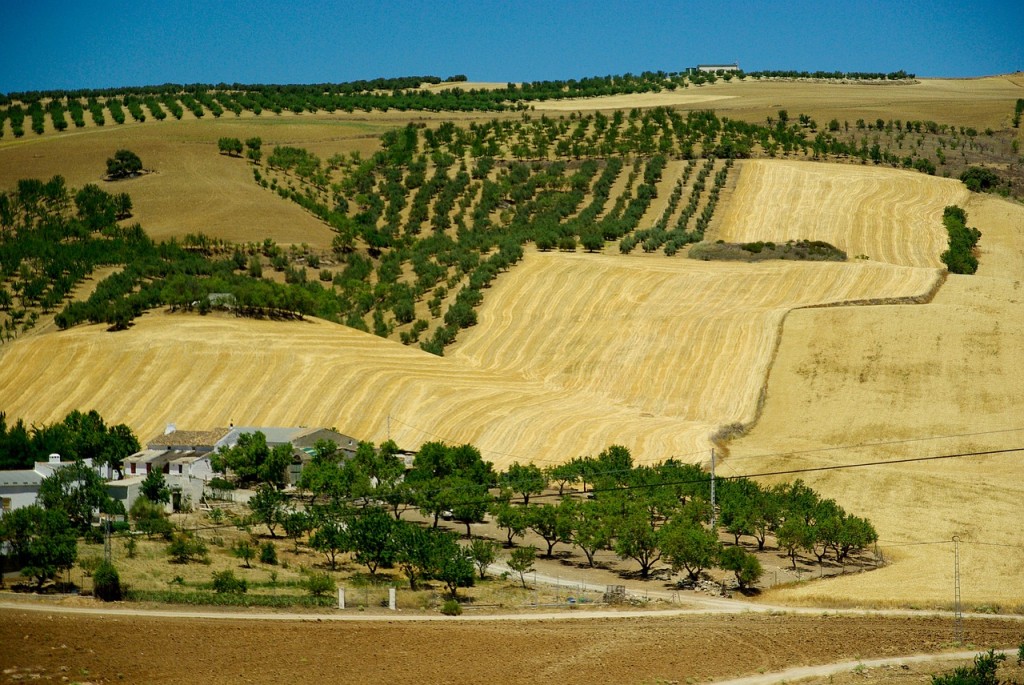 Flamenco can also refer to a form of singing, of guitar playing and of hand clapping. If music is absent, a dancer will dance to the beat of hand clapping. Flamenco music has what the Spanish refers to as compas – a very distinct and very precise rhythm which defines and sets it apart from any other type of music.

The flamenco dance can vary from setting to setting. For example, an impromptu dance performed at a wedding is much different in style than one in a classical theatre performance. The former is closer to the flamenco’s roots, the latter more structured in its style. Flamenco dancing is meant to interpret the words and music with emotion, often with the dancer spontaneously interpreting as he or she dances – but always within the framework of tradition and the compas. There are about fifty different flamenco dances. Those involving a couple (man and woman) are often the most intense as each interprets the passionate emotions of the music and play off each other’s moves. 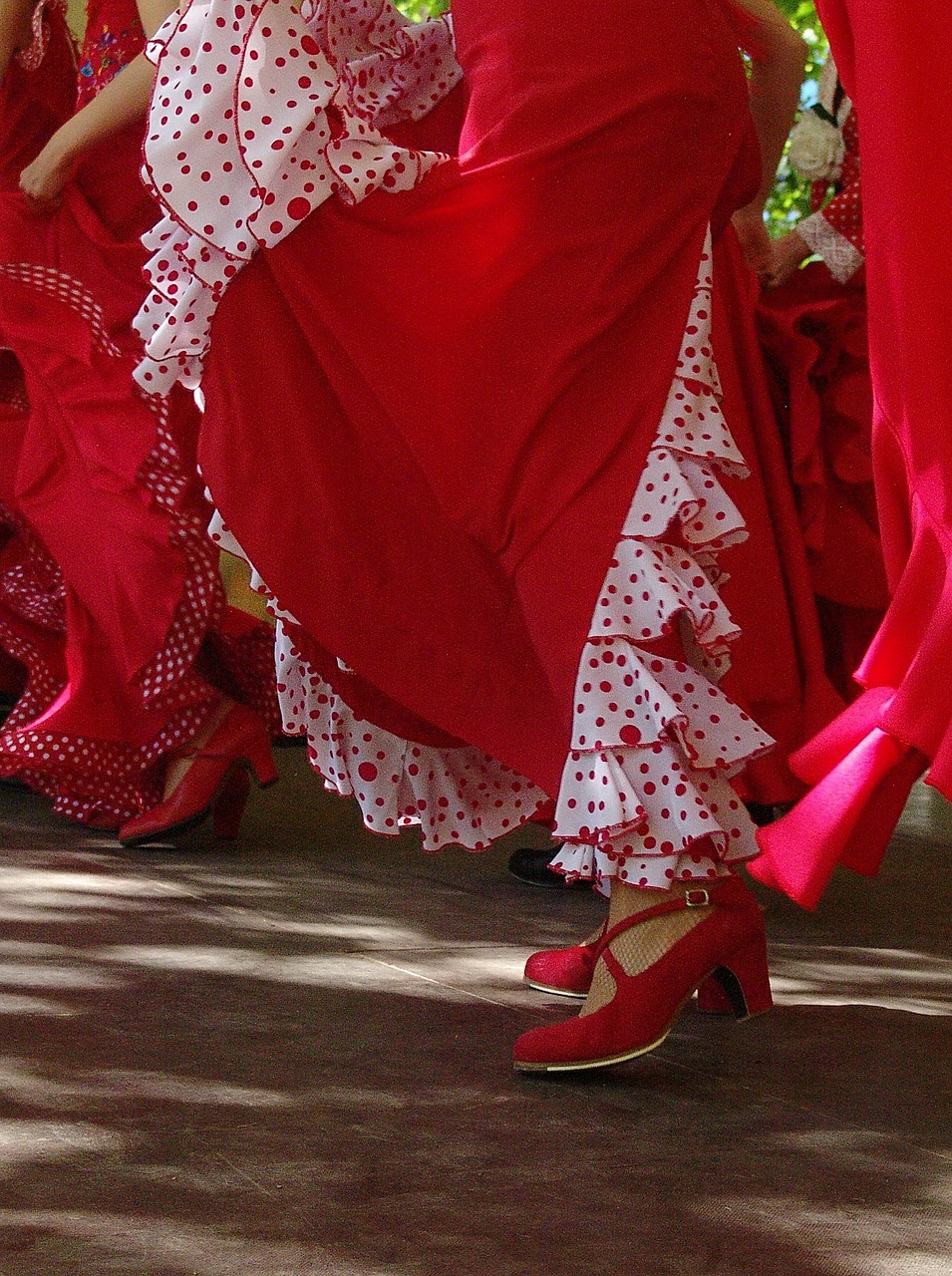 As a visitor to this area you will no doubt encounter the flamenco in some form, usually that geared specifically to a tourist audience. The dances will probably be choreographed rather than improvised, and the women will be dressed in the flounced, brightly colored dresses with shawls, fans and castanets as additional props. There will be group dances and solo dancers. 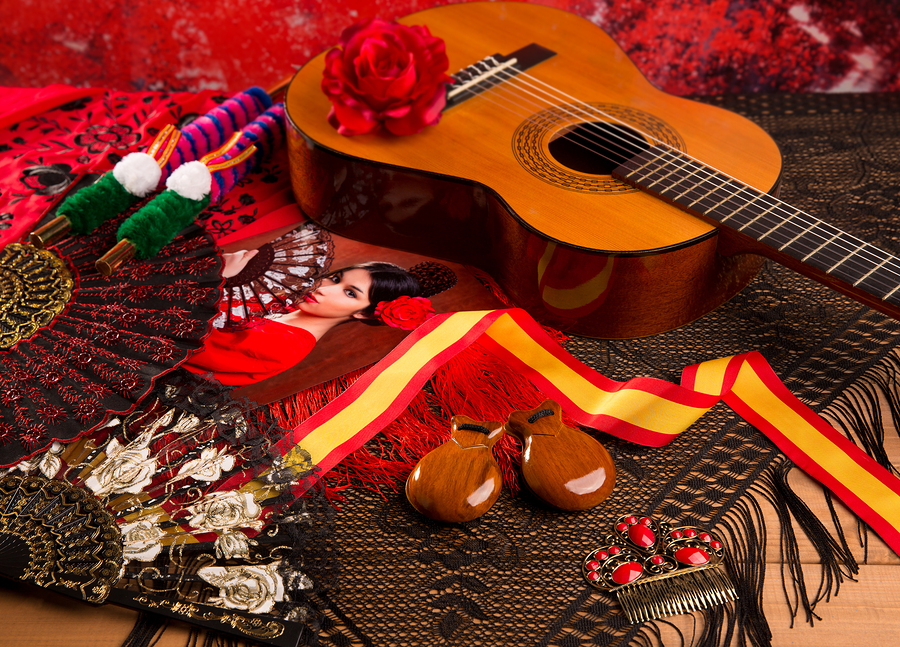 If you wish to see a different flavor of flamenco music and dance, and experience real Andalusia culture, try to attend a tablaos flamencos ( a kind of nightclub which has drinks, sometimes dining, and features the flamenco music) where the more passionate, interpretive side of the dance, and the music will be showcased. These venues are prevalent in the coastal resorts such as Marbella, or in the larger cities of Seville and Granada. 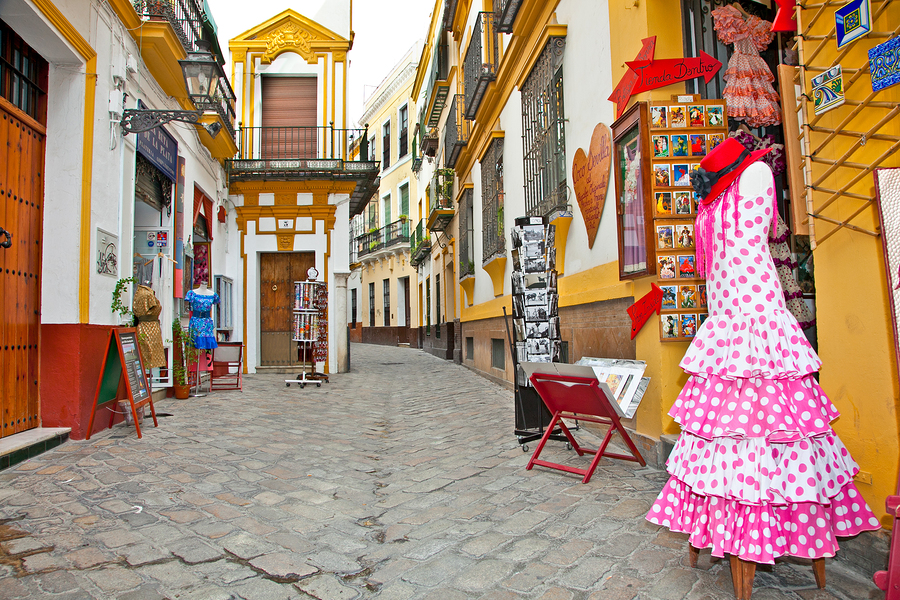 Buy a flamenco dress in Seville as a souvenir. 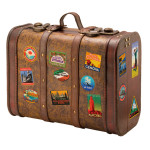 Ready to experience the flamenco? Cruise Holidays of Flemington currently has an Oceania 12 day voyage from Amsterdam to Barcelona departing September 2nd. Or AmaWaterways has a lovely river cruise of the Douro River in Portugal , including an excursion to Salamanca in Spain where you are treated to a performance of Flamenco dancers and music.

Article written for Pack Your Bags, Cruise Holidays of Flemington by D.MacIntyre of compassmedia.us.